2021-11-18 12:07:32
SIEMENS (Siemens) inverter maintenance method Siemens inverter daily care operators must be familiar with the basic working principle, functional characteristics of Siemens inverters, with electrical common sense. Before routine maintenance of the inverter, it must be ensured that the total power supply of the equipment is completely cut off; and after the inverter shows complete disappearance for 3-30 minutes (according to the power of the inverter). Should pay attention to check the grid voltage, improve the surrounding environment of the inverter, motor and circuit, regularly remove the dust inside the inverter, and minimize the failure rate of the inverter by strengthening equipment management.
(1) The power module of the cooling fan inverter is the most severely heated device, and the heat generated by its continuous operation must be discharged in time. The life of the general fan is about 20 kh to 40 kh. According to the continuous operation of the inverter, it is necessary to replace the fan once every 3 to 5 years to avoid malfunction caused by poor heat dissipation.
SIEMENS (Siemens) inverter maintenance method
(2) Filter capacitor intermediate circuit filter capacitor: also known as electrolytic capacitor, the role of this capacitor: filter out the rectified voltage ripple, and also decoupling between rectification and inverter to eliminate mutual interference, but also The motor provides the necessary reactive power, and it has to withstand a large pulse current, so the service life is short. Because it needs to store energy during operation, it must be energized for a long time. The heat generated by its continuous operation plus the heat generated by the inverter itself will be Accelerate the drying of its electrolyte, directly affecting its capacity. Under normal conditions, the life of the capacitor is 5 years. It is recommended to check the capacitance capacity once a year regularly. Generally, the capacity should be replaced by more than 20%.
(3) Use of preservatives Due to the production characteristics of some companies, the concentration of corrosive gases in each electrical mcc chamber is too large, causing many electrical equipment to be damaged by corrosion (including inverters).
In order to solve the above problems, an air conditioning system can be installed to improve the environmental conditions with positive pressure fresh air. In order to reduce the corrosion of corrosive gases on the components on the circuit board, the inverter manufacturer can also be required to carry out anti-corrosion processing on the circuit board, and also spray preservatives after maintenance, which effectively reduces the failure rate of the inverter and improves the use efficiency. .
SIEMENS (Siemens) inverter maintenance method

(4) According to the different use environment, the inverter dust collector should check the heat dissipation channel and the accumulated dust in the circuit board regularly. Generally, it should be cleaned once every six months, at least once a year to ensure good heat dissipation of the inverter. So as to avoid malfunction caused by poor heat dissipation.
At the same time of maintenance, the inverter should be carefully checked, and the power should be sent periodically. The motor should be operated at a low frequency of 2hz for about 10 minutes to ensure that the inverter works normally.
Variable-frequency drive (VFD) is a power control device that controls the AC motor by changing the working frequency of the motor by applying variable frequency technology and microelectronic technology. The frequency converter is mainly composed of rectification (AC to DC), filtering, inverter (DC to AC), braking unit, drive unit, and detection unit micro processing unit. The inverter adjusts the voltage and frequency of the output power supply by the internal IGBT breaking, and supplies the required power supply voltage according to the actual needs of the motor, thereby achieving the purpose of energy saving and speed regulation. In addition, the frequency converter has many protection functions. Such as overcurrent, overvoltage, overload protection and so on. With the continuous improvement of industrial automation, inverters have also been widely used.
SIEMENS (Siemens) inverter maintenance method Inverter energy saving is mainly reflected in the application of fans and pumps. In order to ensure the reliability of production, all kinds of production machinery have a certain margin when designing with power drive. When the motor can't run under full load, in addition to meeting the power drive requirements, the excess torque increases the consumption of active power, resulting in wasted power. Fans, pumps and other equipment traditional speed control method is to adjust the air volume and water supply by adjusting the baffle and valve opening of the inlet or outlet. The input power is large, and a large amount of energy is consumed in the interception process of the baffle and the valve. in. When using variable frequency speed regulation, if the flow demand is reduced, the speed can be met by reducing the speed of the pump or fan.
The role of the motor in the frequency converter is to speed up and reduce the starting current. In order to generate a variable voltage and frequency, the device first converts the alternating current of the power source to direct current (DC), a process called rectification. A device that converts direct current (DC) to alternating current (AC) is scientifically termed "inverter". The general inverter is an inverter power source that inverts the DC power supply to a certain fixed frequency and a certain voltage. For the inverter whose inverter is frequency adjustable and voltage adjustable, we call it the inverter. The waveform outputted by the inverter is an analog sine wave, which is mainly used for speed regulation of three-phase asynchronous motor, also called frequency converter. For variable frequency inverters with high waveform requirements mainly used in instrumentation testing equipment, the waveform should be sorted to output a standard sine wave, called a variable frequency power supply. The general variable frequency power supply is 15-20 times the price of the inverter. Since the main device that generates a varying voltage or frequency in the inverter device is called "inverter", the product itself is named "inverter", ie: the inverter.

Rotary encoders are used as sensors for angle,position,speed and acceleration. We can offer incremental encoders and absolute encoders. 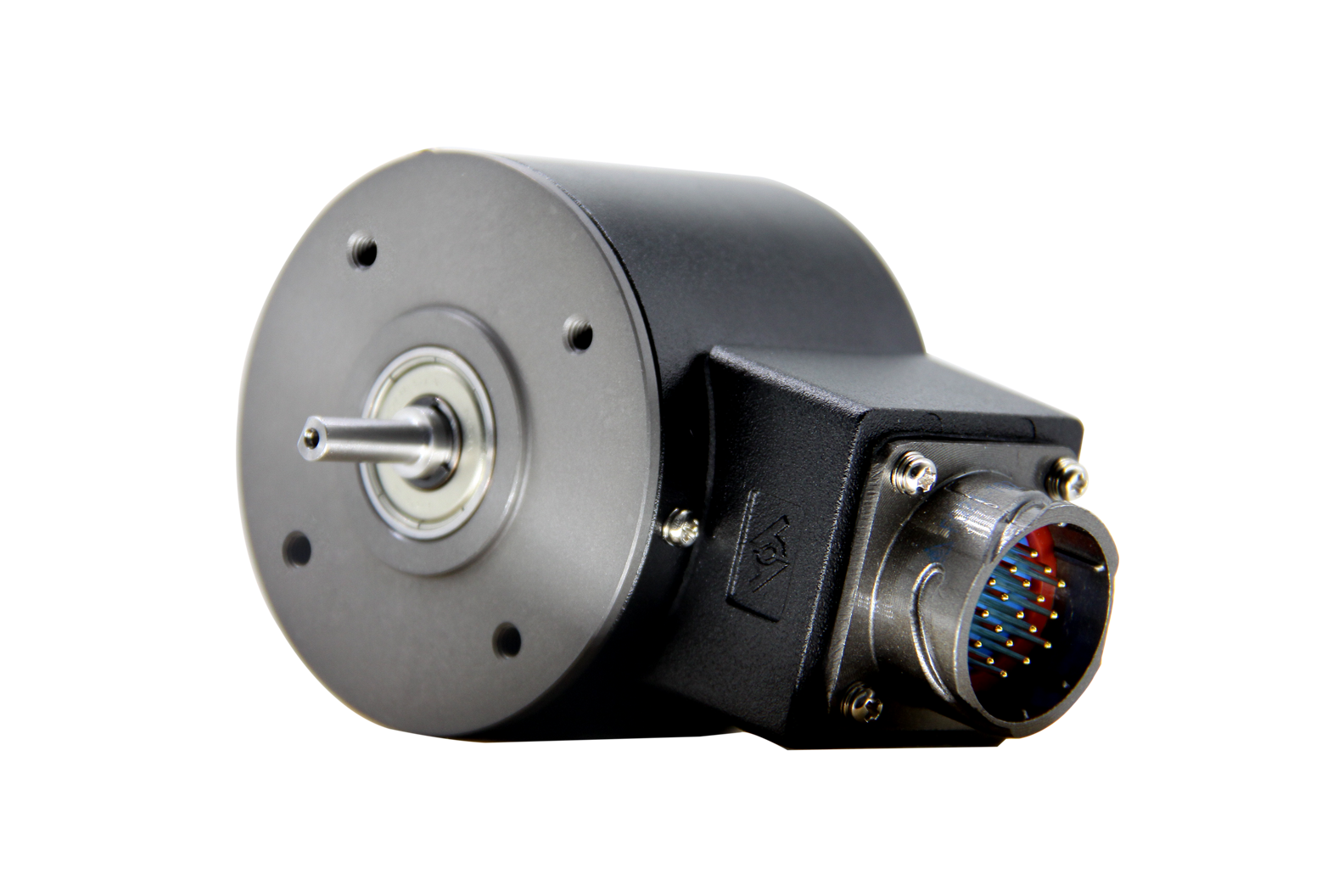