Prospects for the development of the power industry

The 18th National Congress proposed the task of achieving a well-to-do level in 2020, doubling the countryâ€™s gross domestic product and per capita income, achieving the grand goals of the developed countries in 2050, and the overall development of the economy, politics, culture, society, and the ecological environment. Future developments clearly define the goals and directions. The economic growth in 2013 is generally forecast to be better than 8% this year. Due to the increase in infrastructure investment and the increase in demand for heavy chemical products, the electricity elasticity coefficient rebounded slightly, and the electricity elasticity coefficient was around 0.9. It is predicted that the annual power generation will reach about 53.4 billion kWh, a growth rate of 7.2%. The per capita generating capacity is about 3920 kWh.

According to the goals set by the 18th National Congress and the â€œTwelfth Five-Year Planâ€ development plan, with reference to the relevant agencies and our previous research results, combined with the analysis of Chinaâ€™s economic development potential, we predict the average annual growth rate of GDP in each period of the future: 2013â€“2015, 8%, 2016~ 7% in 2020, 4.5% from 2021 to 2050.

Considering that the current per capita output of steel, non-ferrous metals, chemicals, cement and other products has exceeded the per capita level of the world, and some have reached the level of developed countries and are constrained by factors such as the market, resources, and the environment, the growth rate will not be too fast in the future and will be lower than GDP for a long time. The growth rate, the increase in the proportion of machinery, electronics manufacturing, and tertiary industries with low electricity consumption per unit of output, the improvement of the industrial structure, the decrease in the proportion of industrial electricity consumption, and the increase in electricity savings will reduce the power elasticity coefficient; With the increase in the rate and improvement in living standards, the growth rate of electricity consumption will be higher than the growth rate of GDP, which will increase the elasticity coefficient of electricity, but the effect will be weaker. Comprehensive consideration of the future electricity elasticity coefficient will gradually decrease.

Combined with the fact that the power elasticity coefficient is 0.91 after 30 years of reform and opening up in China, and taking into account the possible downward trend in the future, the power coefficient adopted during the forecasting period of power generation will be 0.9 in 2013~2015, and 0.75,2021~2050 in 2016~2020. After entering the post-industrialization stage, it will drop to around 0.4.

According to this measure, China's power generation will reach 6.15 trillion kWh in 2015, about 7.94 trillion kWh in a full-scale well-to-do in 2020, and 5,570 kWh/year in per capita; when China reaches the level of developed countries in 2050, it will generate electricity per capita in China. The volume level will exceed Italy's current level by 2020, and it will be lower than the United States and higher than the current levels of Japan and Germany in 2050, realizing the ideal of a strong national and rich people.

The development prospects are as follows:

3. The rapid development of solar power, mainly based on photovoltaic power generation combined with buildings, will account for about 80%, strengthen power planning and scientific and technological research, rational development and utilization of solar power in western desert areas, focus on building several large-scale solar power bases and supporting power grids Transmission project. We must continue to work hard to reduce costs and increase our competitiveness. In 2020, the installed capacity of solar power will be 100 million kilowatts, and 600 million kilowatts in 2050.

4. Nuclear power continues to develop safely and efficiently on an existing basis. The third-generation nuclear power unit is the main force in recent days, and research and development of fourth-generation nuclear power and fast reactors with better safety and economic performance are being vigorously studied and developed. It is tentatively envisaged that 70 million kilowatts will be installed in 2020 and 300 million kilowatts in 2050.

5. Develop and utilize renewable energy sources such as bioenergy, geothermal, and ocean energy in line with local conditions, but the quantity is not large.

(c) Coordinated development of power grids. The scale of the six major power grids has expanded, and voltage grids at all levels have been strengthened. The installed capacity of North China, East China, Central China, and South China Power Grid will exceed 600 million kilowatts by 2050, equivalent to the current level of the European continent's power grid. 1000 kV UHV AC will gradually become the backbone grid, and the installed capacity of the Northwest Power Grid will reach 400-500 million kilowatts. About 300 million kilowatts. A number of long-distance UHV UHV AC/DC transmission projects for trans-regional large-scale hydropower, wind power and solar power generation bases have been established. The exchange capacity between West-to-East power transmission, North-to-South transmission and power grid has been enhanced, and the level of intelligentization of power grids has been greatly improved. World-class smart grid.

To change the mode of development, in the future, the power industry will develop in a clean, low-carbon, high-efficiency and sustainable manner. Priority will be given to the planning and construction of hydropower, wind power, solar power, nuclear power, and other renewable energy power generation. Based on the growth in electricity demand, thermal power will be optimally developed to increase natural gas. The proportion of power generation, optimize the power supply structure, increase energy efficiency, reduce costs, and reduce greenhouse gas emissions.

Cable Tray bend is one kind of cable tray accessories.It can connect cable trays when you need them to change directions in vertical


or horizontal.And we also supply Cable Tray Bends when you need them to connect cable trays with different diameters.With these bends ,your cable tray 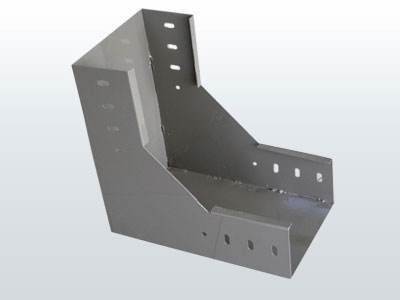 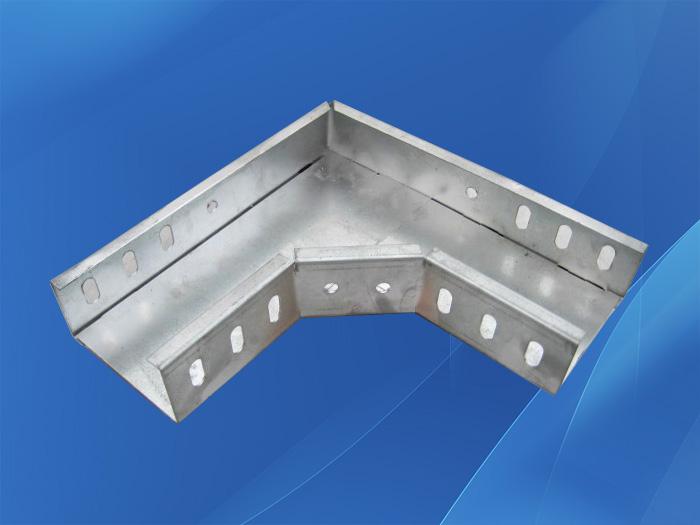 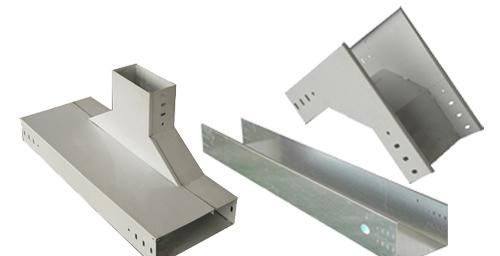