â€œFantasyâ€ is a brand I often hear during this time. It was originally heard as an air box, and the most heard one was the zodiac sound introduced during the Year of the Monkey. Fantasy China is a Beijing-based company that researches and develops smart hardware. Looking at the products of this company, we will find that most of the designs are very beautiful, and have won the â€œRed Star Awardâ€ in the Chinese Industrial Design Award. "Golden Dot Award, a German Red Dot Award and other honors are enough to show its strength.

The product that this author wants to experience today is, a new HiFi bluetooth sound â€“ phantom Beckham sound. This sound uses a white stylish technology appearance, looks full of streamline, very beautiful, and in the design of the unit occurred, using five generating units, 360-degree panoramic sound effects, and built-in two 2200mA battery , can provide 8 hours of battery life. So how is this stereo used? The author will take everyone to experience it. 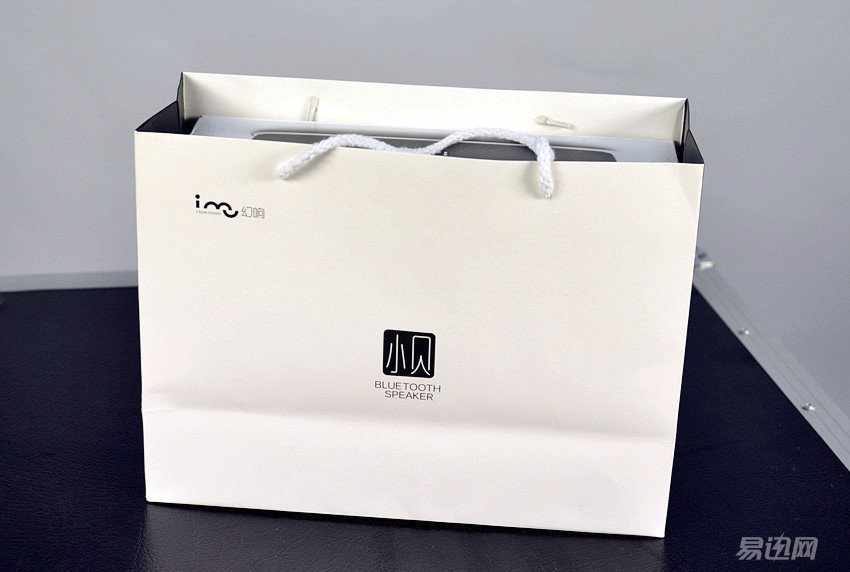 From the packaging, the phantom sound of Beckham sound more than a paper bag packaging, although not much cost, but obviously feel a lot higher than the grade, even if it is a gift, used to send people is not an exaggeration Absolutely. 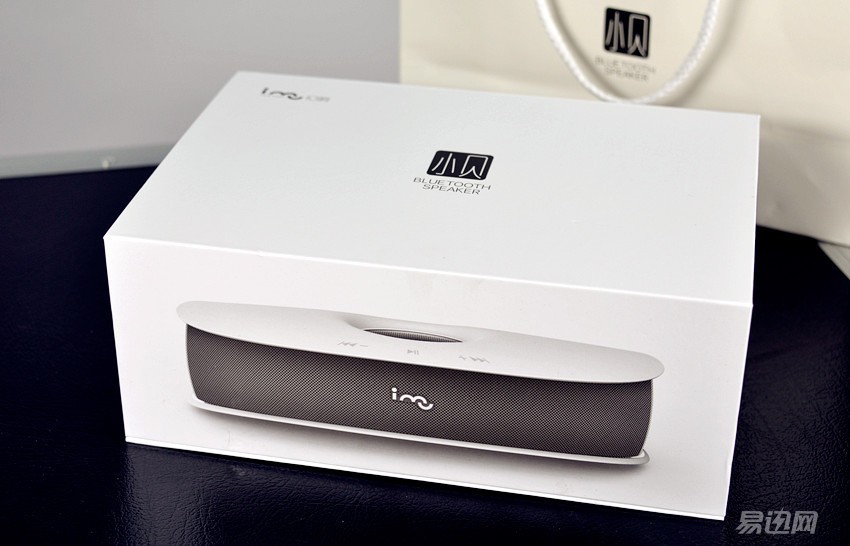 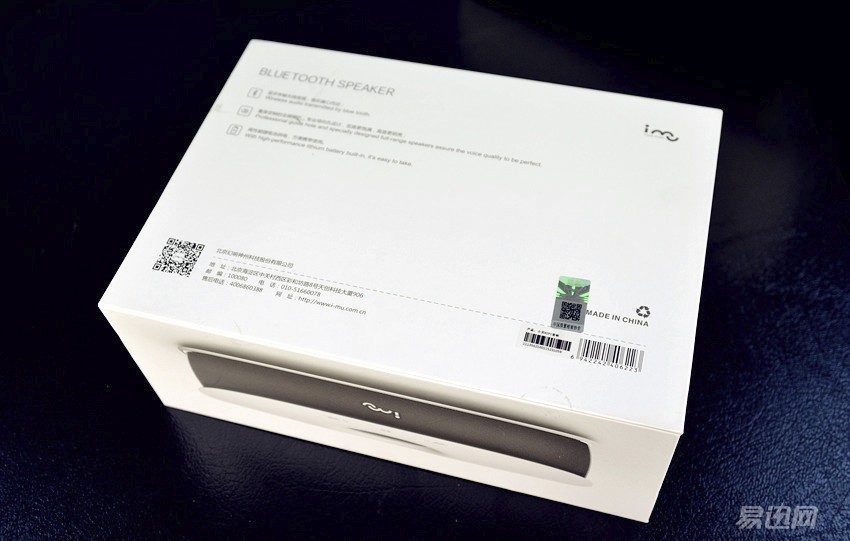 Remove the audio package inside, it feels heavy, and very large, a lot bigger than you think. The packaging design is very simple, black and white color, clean and tidy, full of sense of science and technology. 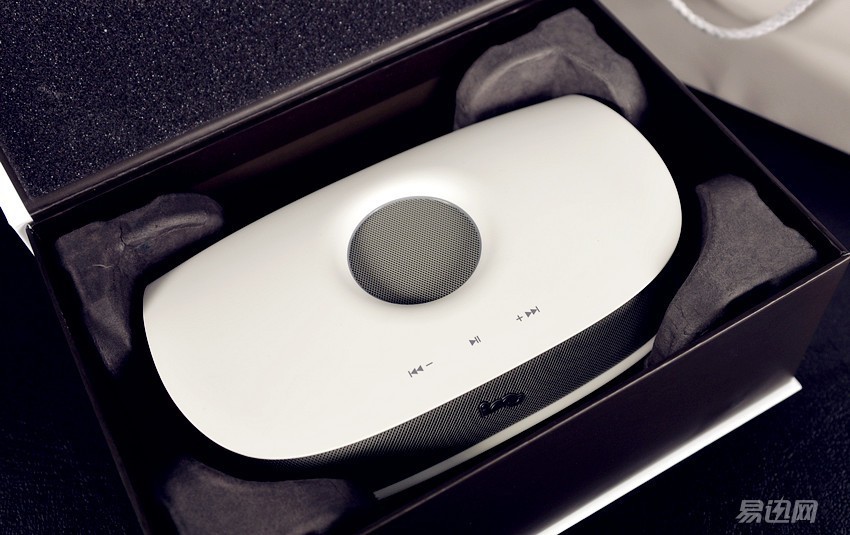 Open the lid and you can see the sound. The white sound is very beautiful, but in the ointment is that the material of the box lined with corners is very low, if you can use a more graded material such as a black sponge, may increase the overall aesthetic. A main design of the audio or should pay more attention to detail in some of the fine. 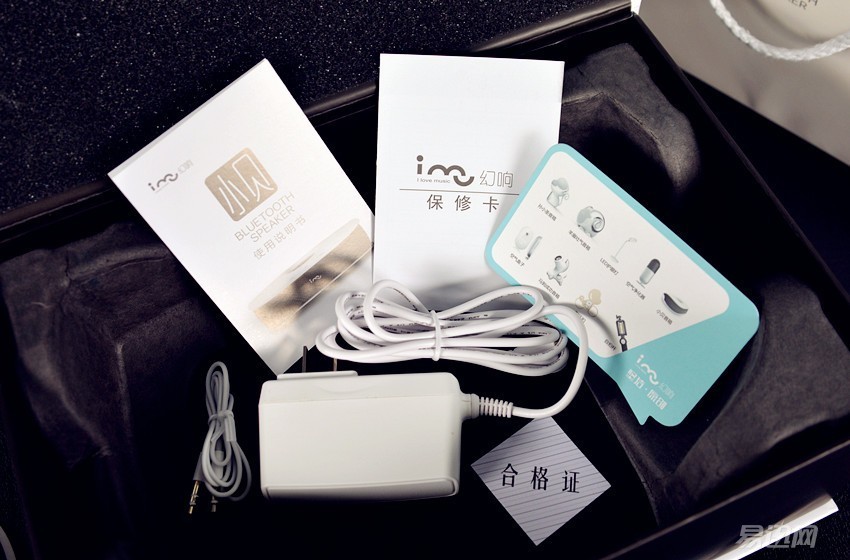 To remove the sound, there is a black box underneath, which has a 9V charger and a lot of accessories such as an instructional warranty card. There is also an inconspicuous AUX line that looks very thin. 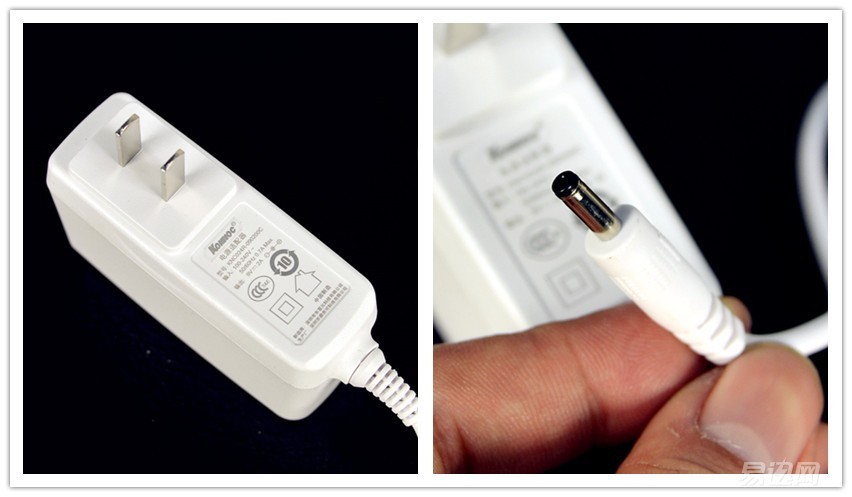 This power adapter is not a common micro usb interface, but a circular DC input with an output of 9V2A. In fact, many mobile phones are now equipped with 9V2A power adapters. Why doesn't Fantasy Beckham use the standard USB interface? 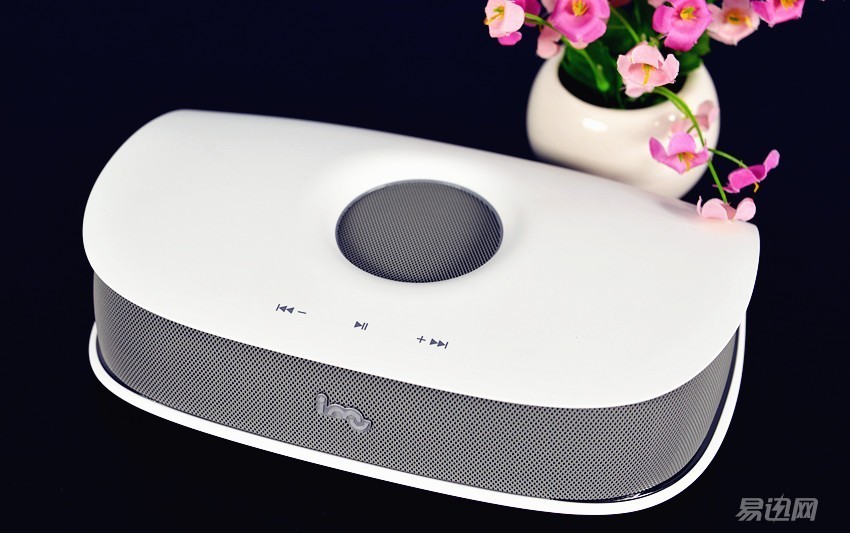 The phantom Beckham sound is a rectangular shape that looks like a shell with a mouth open. This may be the origin of the name â€œXiao Beiâ€. On Beckham's top, there is a round speaker opening, and the front and side are all mesh-shaped speaker openings. The combination of white and metal gray is simple and elegant. It is very beautiful. There are also three touch buttons on the top, which are the common buttons for back/down, playback/pause, and forward/volume. These three keys are still very sensitive after the author's experience, but they have no backlight design and are not easy to find in a dark environment. 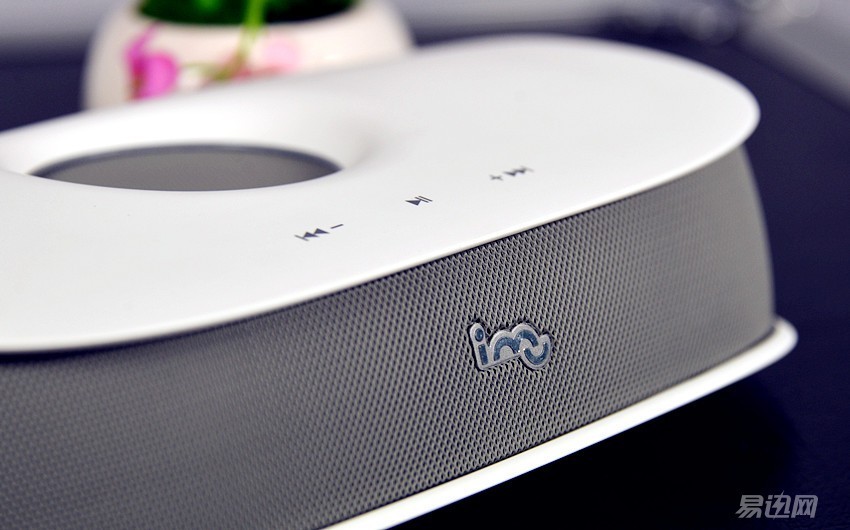 There is an imaginary logo on the side of the net. Originally, the author thought that the mesh surface was hollow, but actually the entire side was not transparent. Through the gaps in the mesh surface, it was impossible to see the circuit originals and the occurrence units. 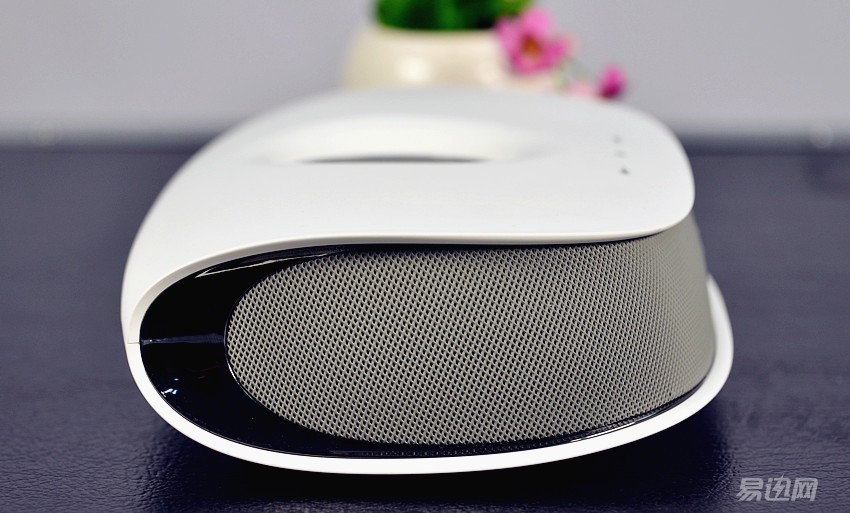 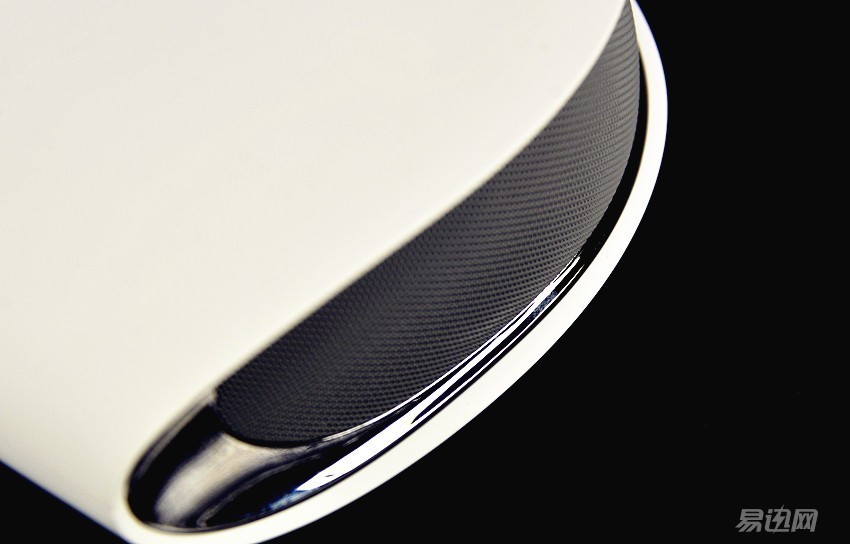 On the side of Beckham, there is a streamlined bright silver trim, not metal, but it looks shiny and looks good. 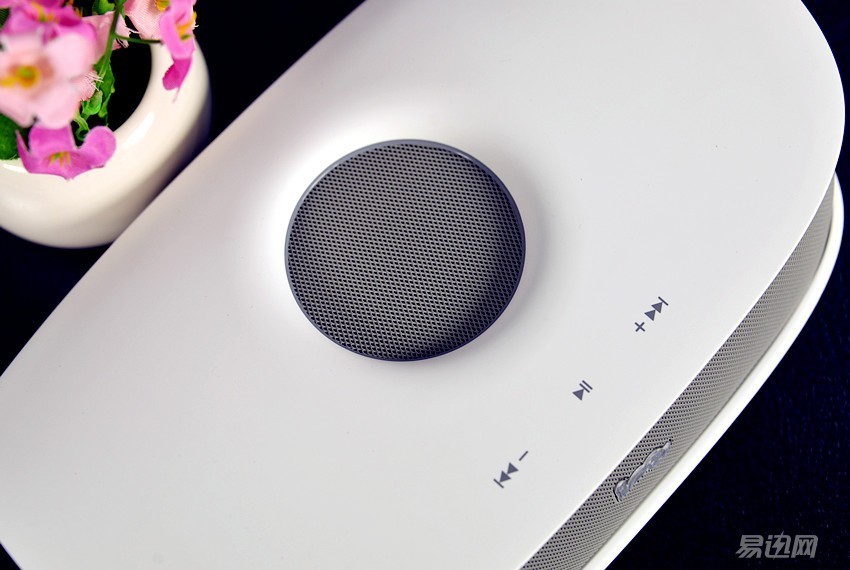 The circular speaker at the top of the circle hides the LED light ring. When the Beckham sound is turned on, it emits a white light, prompting the user to hear the current state of the sound through various means such as constant light and blinking. 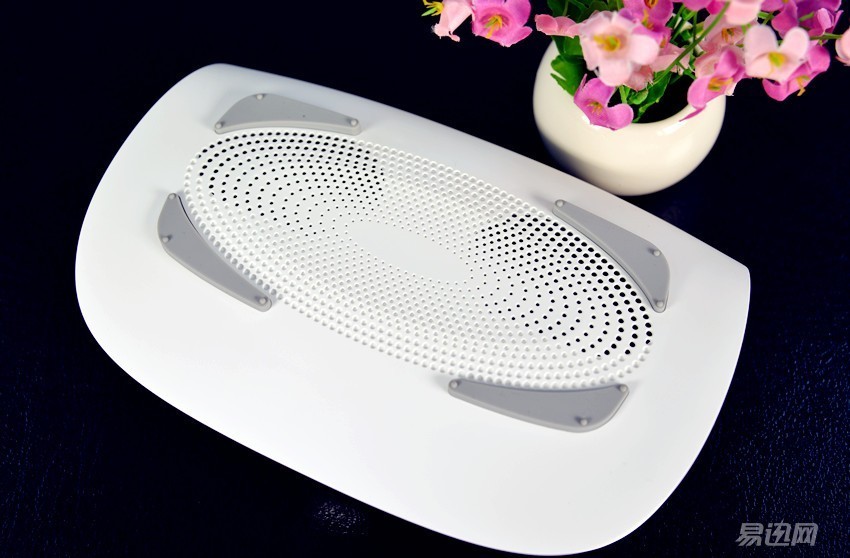 There are also many openings in the bottom of the sound, and the 360-degree panoramic sound is truly realized. The bottom of the speaker is supported by four rubber pads, leaving plenty of space for sound transmission. The sound of the bass unit is very shocking. When Beckham is placed on the desk for audition, a slightly larger sound can be felt. The entire table is shaking. These four pads are very soft and full of elasticity, which makes the sound more vibrational. 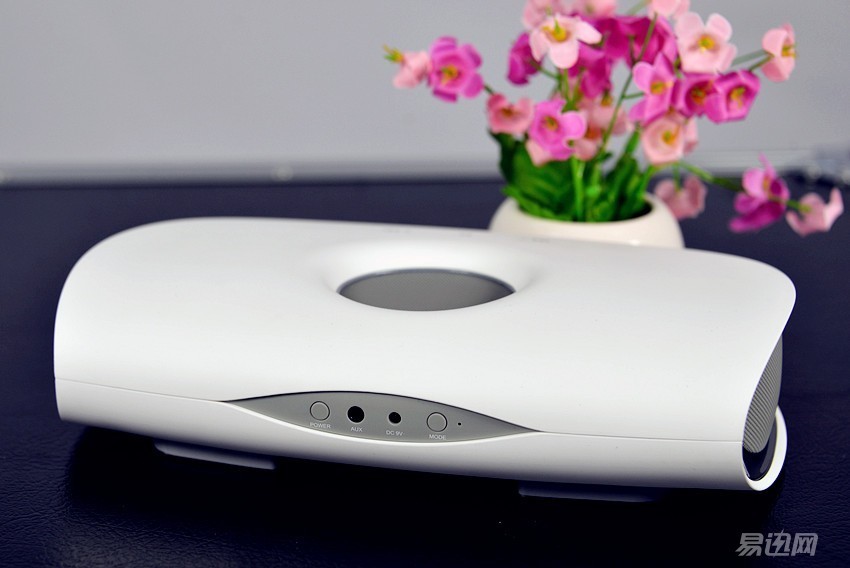 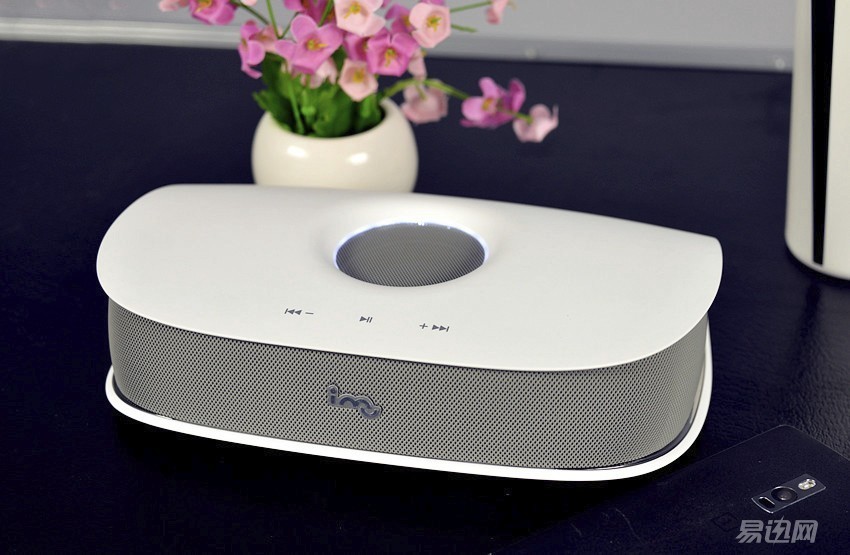 By looking at the appearance of the phantom Beckham sound, we found that the design of this sound is very beautiful, and there is no one screw in the whole body, and even the author will tear off the foot pads at the bottom of the sound and see no screw holes. The appearance of the entire sound is seamless and maintains its beauty. This pursuit of ultimate beauty is rare in domestic product design. Is the phantom industrial designer a Virgo? 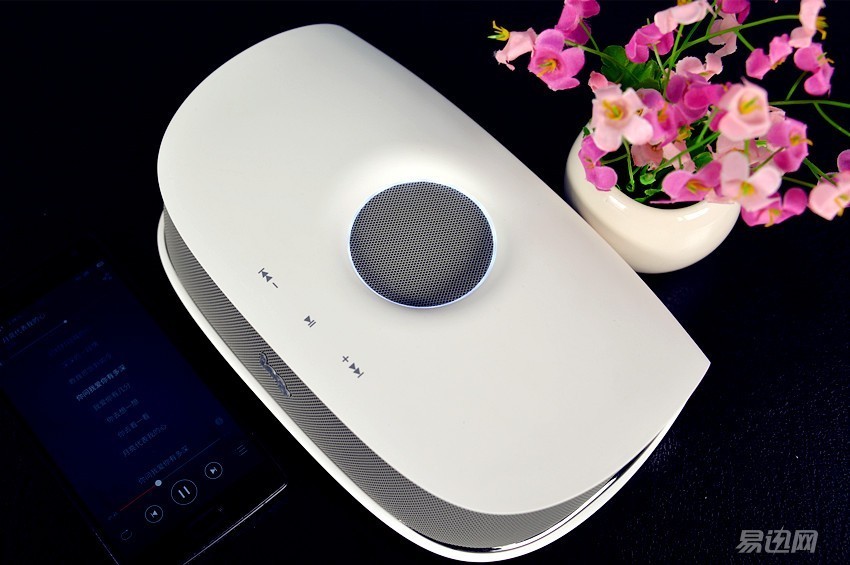 Sound quality, in addition to design, of course, focus on listening to sound quality. This phantom Beckham sound uses a 2.5-inch low-frequency speaker + 1.5-inch full-range speaker 2 combination, belonging to the portable with a subwoofer, although portable, but the weight of the phantom Beckham, really have to carry all day Running around is tiring enough. Personally, it's still better to be a desktop speaker and use it better. 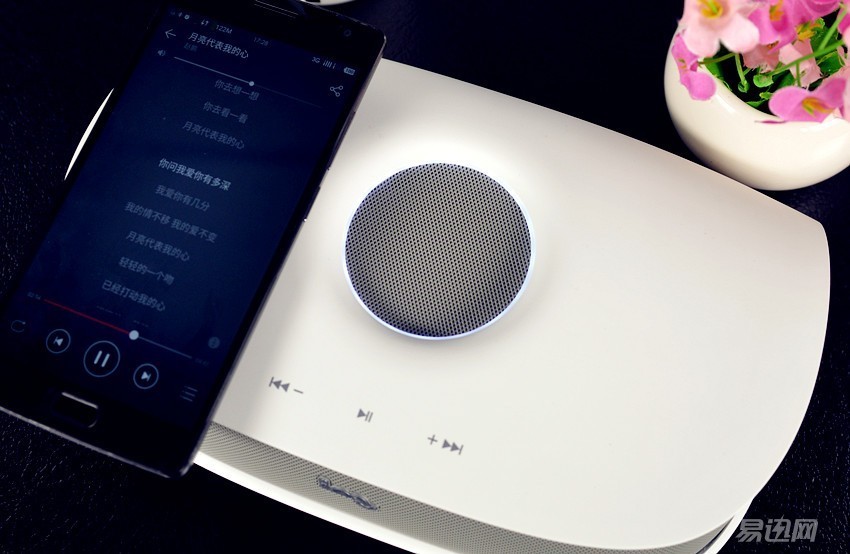 Beckham Audio has two connection methods, Bluetooth connection and AUX connection. When the power switch is turned on, Fantasy Beckham will make a loud â€œbeepâ€ sound when it is turned on. It will scare you when it is cold, and this tone is not related to volume control. It will always be so loud. Sounded. About this tone, can not help but Tucao, it seems that the beginning of the phantom Beckham design did not intend to let people quietly listen to music, from the moment the boot will tell the circle of people more than 10 meters, I boot! If there is a way to turn off the tone, or adjust the volume of the tone, it's a bit too "shocking".

If the Beckham sound is not connected to the AUX cable at power-on, the top light ring will flash for a few moments after the â€œbuzzâ€ sounds, and then the voice prompt â€œBluetooth modeâ€ will be displayed. At this time, Bluetooth can be used via a mobile phone or other digital device. Paired. During the pairing process, the light ring at the top of the Beckham is blinking. When the pairing is successful, it will be a steady state, indicating that the connection is normal.

When using the AUX cable to connect, you need to press the mode switch button, Beckham's top light ring will enter the flashing state again, after a period of time will receive a voice prompt, the light ring is lit, you can play. However, when using the AUX mode, the author discovered that when the player started playing, although the music on the device was playing, Beckham did not have a voice. Later, he discovered that it was necessary to manually press the play button at the top of Beckham to start playing. The device and Beckham's play buttons are controlled separately, and they don't quite understand what the intention of such a design is, but it is not convenient. 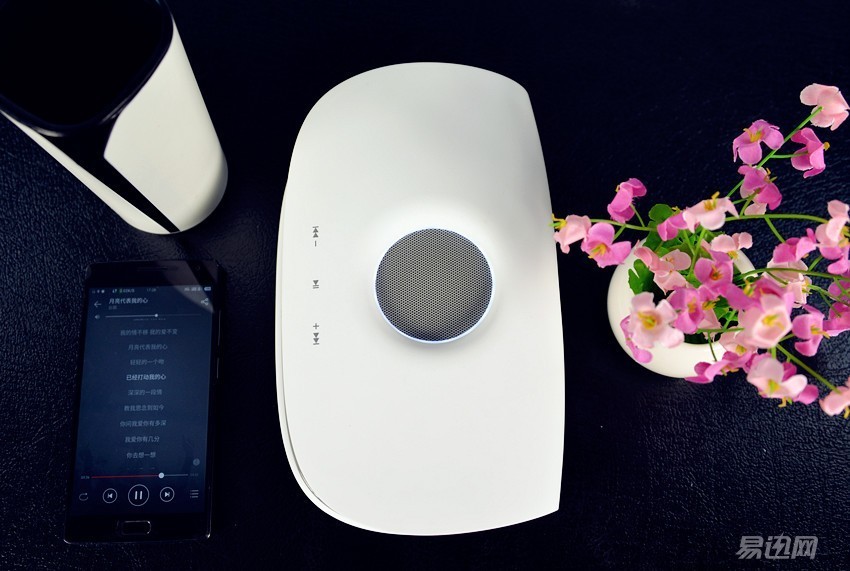 Talk about the sound quality. Fantasy Beckham's sound quality is indeed very shocking, the feeling of heavy bass is very adequate, when the volume is large, it will not be distorted, but also able to put the sound of the media driven together with vibration. When you listen to the sound in the room, basically half of the sound is already deafening, and it is really a place where you can really play Beckham's superb sound quality outdoors. It seems that even if you take it for a square dance, it will be more than enough. However, as an outdoor speaker, the life of the phantom Beckham can only last for about 3 hours in the case of MAX volume, and still have to be fully prepared.

However, at the beginning of the audition, the author found that the speaker of the phantom Beckham would emit a humming current when it was working, and it was not small. Although the music was basically completely inaudible, it was still Affects the mood of listening to music. However, with the increase in the author's use of time, this current sound gradually weakened and has become almost inaudible. It seems that the audio equipment still has to go through a period of time to achieve the best results. 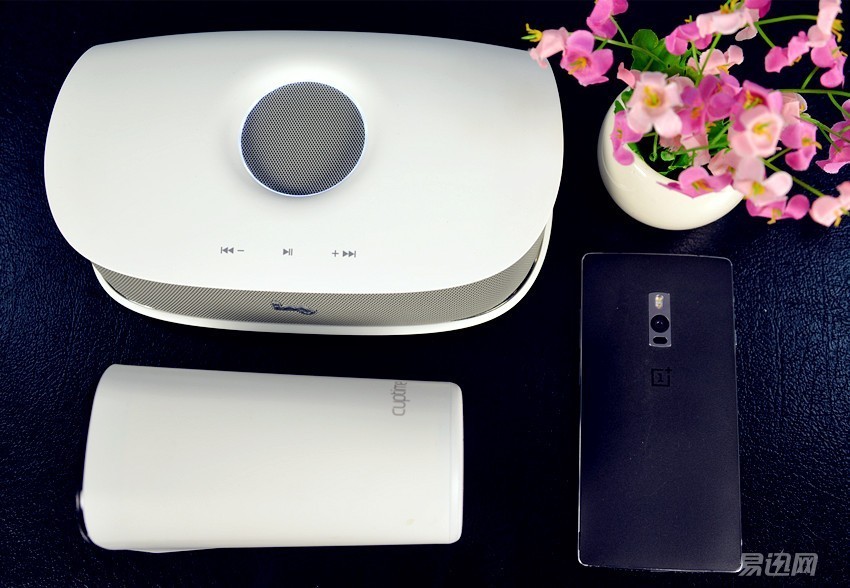 I found a lot of audition special tracks for audition, found that fantasy Beckham performance is very good on the three-frequency, especially bass, although compared to the author before experiencing a sub-bass stereo sound is also slightly lacking , but as a portable speaker of this size, it really is very good. It can be said that in many of the speakers that I have experienced, the sound quality of Fantasy Beckham is ranked high. It seems that Louboutin Beckham not only excels in appearance, but also performs very well in terms of sound quality. 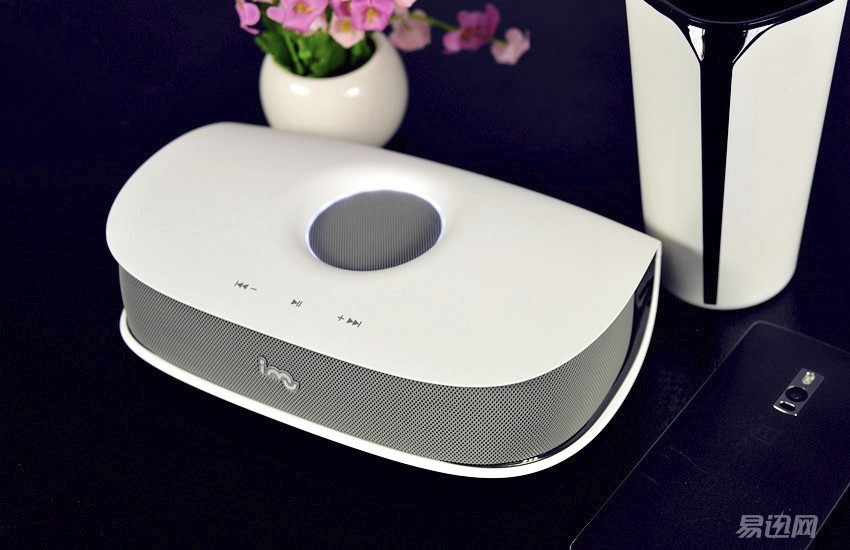 After all, hearing is a subjective thing, and everyone's feelings will be different. Although I didn't dare to say that I liked it, I would like everyone to like it, but after all, I've tried more than a dozen different types of audio. I still have some ability to judge the performance of the sound. This illusion Beckham certainly cannot Huge HiFi audio is comparable. But overall, this is already a very good sound. Whether it is as a desktop music for daily music appreciation, or as an audio player to play outdoors, I believe this phantom Beckham will not disappoint you.

we have the special technology for making HIFI EARPHONES. HIFI earphones has very good sound quality than other common earphone.Because it use moving coil and balanced armature combined Hybrid technology