2021-11-23 05:05:34
Drone technology, no matter in the township, playing "6666" (cattle), spraying pesticides everywhere, sending express, aerial video, even a star who falls in love with the headline also used it to propose, the drone is being integrated In our lives.

Because of the market demand, like mobile phone technology, the technology of drones is also developing rapidly. For example, the intelligent obstacle avoidance function of UAVs in DJI has also exploded the entire technology circle. In the security industry, the domestic leader Haikang It is also said that UAV products have also been launched in the AMB. It is said that Dahua shares will also fly "unmanned aerial vehicles" in the near future, and video surveillance will also fly, Koko.

However, as drones enter the life, some adverse effects that drones bring to people's lives are also constantly occurring. However, there are needs when there are difficulties. There are always some manufacturers with sensitive market sense to find solutions. The following small series will introduce you to the "anti" drone technology that currently rivals the drone technology:

Imagine the drone's courier if it really rises, the scene of the flying drone is so spectacular, like a car, the road congestion will be blocked and prone to accidents. Once the air "collision", it is bound to cause casualties on the ground.

But until now, there has been no protection technology in this area, but Google seems to have brought a new gospel to people in recent days, and proposed a patent on the collision of drones with humans. However, from the patent documents, it seems that the drone gives a voice warning during work to inform people to maintain a certain safe distance. Yes, it does seem to be a "horn" function.

Although it seems that this is a bit underestimated by Google's strength, it seems to be the principle from the picture: 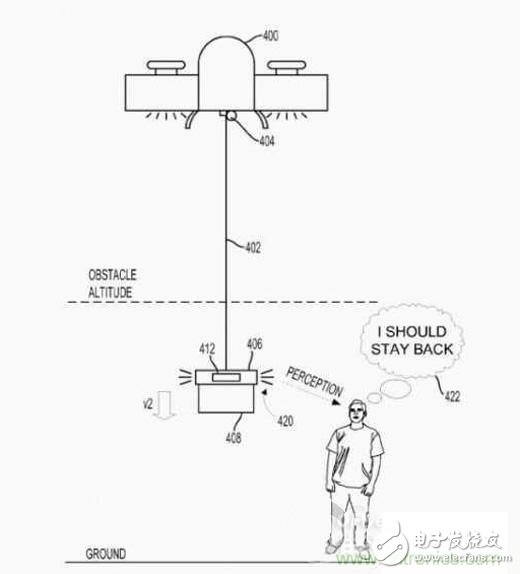 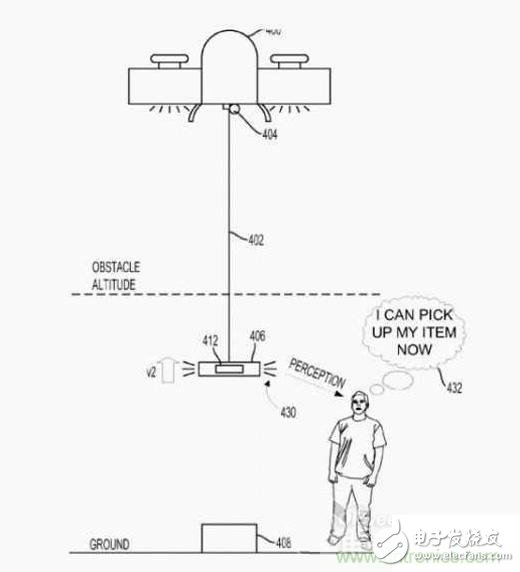 Since the patent document does not provide information about the content of the alarm, it may be just a sharp, harsh sound like a normal alarm. If so, how many people will accept this setting?

Second, shoot down the black box of the drone

If the previous Google patent makes you feel a bit simple, then believe that this black box will let you get rid of the annoying drone. The actual use of SkySafe is simpler than the previous complex physical "wrapping" drones: the drone will drop to the ground with a single button on the phone. 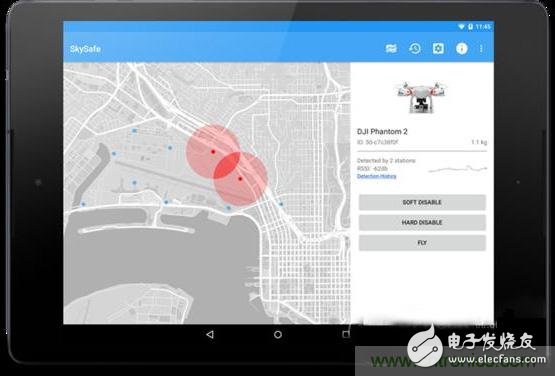 1. We are a "surgical" solution, which is different from the signal interference solution that has appeared before. We don't have accidental injuries.

2. Simply put, we have established a range of UAV monitoring equipment to monitor the signal waves used by drones. Then identify their signature and check with our blacklist and whitelist. Some drones that should not appear can be "solved" directly and safely by manipulation.

3. The working range of the whole system is determined according to the radio characteristics of the drone and control. Generally, we can reach the same coverage as the original controller. Of course, we are also subject to the same physical laws.

So at the moment we can master several points: SkySafe uses a method based on control signal monitoring and counterfeiting; the remote control recognizes SkySafe's control as a legitimate controller; it can achieve precise control like "surgery".

At this moment, do you think of the "Dajiang drones being hijacked" that was exposed at this year's 315 party, and the technicians analyzed that, in principle, the two should be quite close.