Design of Serial Server Based on Linux

The serial port server can automatically convert serial data in RS232 / 422/485 format and Ethernet data packets based on TCP / IP protocol during work. On the one hand, the serial server receives the live data from a serial port, converts it into TCP / IP format data, and uploads the network through the Ethernet port; on the other hand, the serial server captures the legal data protocol in the LAN Packet, through unpacking to parse out the effective control information, through the serial port designated by the monitoring machine to transmit control commands to the remote RTU in the form of serial data.

The hardware platform of this system is shown in Figure 1. It is a MulTIbus-CPU development board built with AT91RM9200 chip. The MulTIBus-CPU system is an intelligent multi-bus measurement and control system based on the AT91RM9200 microcontroller. The system can establish a bus communication based on the Modbus-RTU bus protocol, so that the system equipment can be seamlessly connected to the bus system based on the Modbus-RTU mode. , And reliable, real-time and accurate completion of industrial field data collection and signal output functions. The system supports Modbus-RTU protocol. At the same time, the system also supports a variety of bus communications, including RS485 bus, industrial Ethernet (UDP protocol), serial RS232 communication interface and USB communication interface. 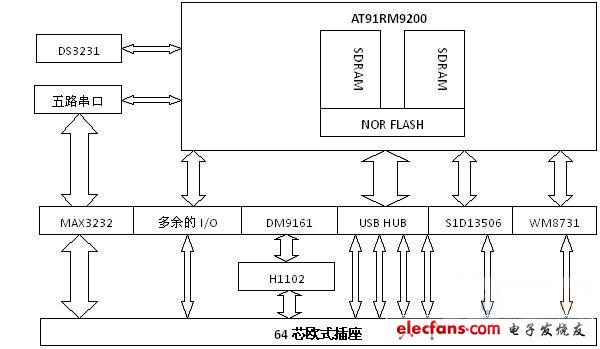 This design uses embedded Linux as the operating system. The main advantages of Linux on ARM: The scalable and complete operating system provides a reliable multi-tasking environment, based on the open source model (GPL), using a variety of UNIX and open source applications and multiple designs based on ARM technology (including networking And wireless fields).

Modbus protocol is a communication language used in electronic controllers. With this protocol, the controllers communicate with each other and other devices through the network (such as Ethernet).

Modbus TCP protocol is further developed on the basis of standard Modbus protocol. It is formed by embedding Modbus protocol into the underlying TCP / IP protocol, so that Modbus message communication of client-server architecture is realized on TCP / IP Ethernet. The data frame structure of the two is shown in Figure 2.

Design and implementation of GetConfigValue function for obtaining configuration information 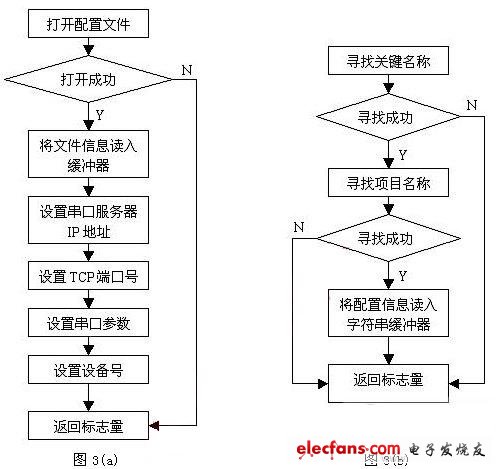 Set the serial port: you need to set the baud rate, data bit, stop bit and parity bit. Call the defined encapsulation function to complete these operations. The working mode of the serial port is controlled by the configuration of the termios function.

This step is the key to the design of the serial server, and its conversion focuses on the CRC check and the conversion of the MBPA header. Here, define the mod2tcp function to complete the conversion from Modbus RTU to TCP format, and define the tcp2mod function to complete the data conversion from Modbus TCP to RTU format. For example, the TCP protocol request from the Modbus master station is converted into the Modbus RTU format through the serial server, sent to the slave station through the 485 port, and the corresponding data of the slave station is sent to the serial server through the 485 interface, converted into Modbus TCP format information and returned to the master Station (Figure 4). 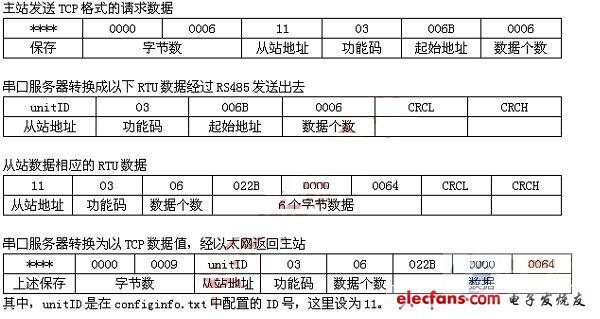