Looking back on this year's automotive electronics market, it has basically locked in several key keywords: car networking, new energy vehicles (or electric vehicles), smart cars, and manufacturers are also focusing on these major keywords to expand the general layout and innovation of relevant technologies in the segmentation field. From the interconnection technology behind the Internet of Vehicles, to the lithium battery involved in the new energy vehicle, wireless charging technology, to the technology end (ADAS, sensor, human-computer interaction) and application side (navigation, car entertainment, security) derived from smart cars Etc.), all show people's good hope for the development of automotive electronics. In view of this, at the end of 2014, the electronic enthusiast network specifically counted the hottest TOP20 of the automotive electronic channel, let's take a look. 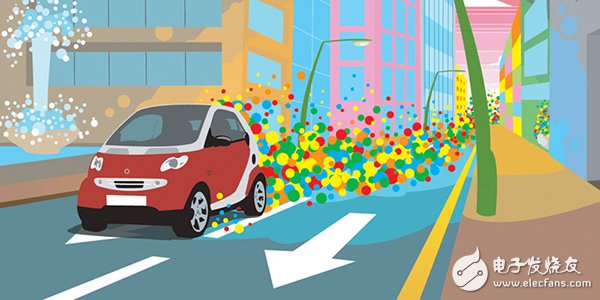 TOP1: Smart car, where is the intelligence?

The well-known manufacturers actively deployed the Internet of Vehicles, and the era of smart cars approached. The whole market was fiercely filled with smoke. At the 2nd China Electronic Information Expo (CITE 2014), the scale of the smart car exhibition area is not very large, but we can take a look at the latest development trends and directions of smart cars. Smart car, where is the intelligence?

TOP2: The era of car networking: a large inventory of automotive interconnect technology

The leading automotive technology configuration is a big killer for car companies to attract users. Today's automotive technology has entered the era of â€œInternet of Vehiclesâ€ marked by â€œeâ€. Domestic auto manufacturers are eagerly instilling new concepts such as â€œsmartâ€, â€œeasyâ€ and â€œonlineâ€ in the application of new technology. .

Undoubtedly, with the delivery of the first cars, Tesla and Iron Man Elron Musk's next phase of action and performance in the Chinese market will be the most gossip theme in the next phase of China's Internet and automotive industry. After the infinite scenery, Tesla will become an "unprecedented success" in China, or an "unprecedented failure", has become a huge suspense across the two major industries.

TOP4: Revelation of electric vehicles: Is this safe for the battery?

With the evolution of the times, the change of innovative technologies has constantly changed the way people live. From the consideration of various factors such as energy and air quality, electric vehicle technology came into being. Then, in the process of continuous improvement of electric vehicles to commercial use, how to protect the most important security issues?

In the past two years, the most popular topic in the automotive industry has been new energy vehicles. Since Tesla has set off an electric car boom in the United States, the attention of new energy vehicles has skyrocketed. In the market sales, Tesla completed China's first delivery ceremony, the first batch of cars to buy are local tyrants; and BYD's Qin borrowed to buy Dongfeng, also achieved the best sales of China's new energy vehicles in history. For the Chinese market, Tesla and BYD are both propellers of electric vehicles, but in the public's impression, the gap between the two is huge. Is this really the case?